My name is Tim Hill and I live in Pontefract, West Yorkshire, England (UK). I started taking photography seriously, in a pleasurable sort of way, in 2013, so fairly recently. Since then I have made many new photography friends. My real passion life & family permitting is seascape photography on the Yorkshire Coast, I have many happy childhood memories of trips to the seaside, it’s great to return and create more, this time through my camera lens. I have recently started to sell some of my work (if anybody is in the slightest bit interested) and I’ve also recently worked on a commission and would be open to discuss this type of work again. Thank you for dropping by and viewing my images!
Contact me
"Landscape photography is the supreme test of the photographer - and often the supreme disappointment." - Ansel Adams

I did a photo walk yesterday in Malham, North Yorkshire. The walk started and ended in Malham village. It rained most of the day, but we don’t let things like that worry us!

The first photo stop on the walk was the beautiful Janet’s Foss. I waded across the stream/river to get to this spot but had very little room to manoeuvre and was stood in water. Due to the rain the river was rising but I made a mark on a rock so I didn’t get into trouble trying to get back! The air was thick with mosquitoes but what a spot this is, natural beauty.

After a welcome bacon sandwich and a coffee, I started the climb up towards Malham cove. You have to admire the hard work and skill that goes into building and maintaining these dry stone walls.

This is a 6 shot panorama taken in light rain with the Nikon D7100 and 50mm primary lens. The images were taken vertically and overlapped by roughly 1/3. Stitching and processing was done in Lightroom CC. A grand view even in the rain ..

When I reached the top of this hill I was met with a stunning view for as far as the eye could see. I had to stop there and do the time lapse at the top of the page.

This panorama was taken a little further on and nearer the top of Malham cove. The pano was taken with the Nikon D7100 & 50mm primary. Images stitched and processed in Lightroom CC.

This limestone causeway at Malham Cove has been formed by slightly acidic rain water eroding the limestone over many years.

After spending a little time on top of the cove admiring the view, I descended the many steep stone and rock steps down to the bottom of the cove and into the valley.

Malham Cove is a limestone formation 0.6 miles (1 km) north of the village of Malham, North Yorkshire, England. The large, curved feature was formed by a waterfall carrying meltwater from glaciers at the end of the last Ice Age more than 12,000 years ago. The colossal amount of water flowing over the waterfall created the curved shape of the cove because the lip was more heavily eroded than the sides.

Malham Cove temporarily became a waterfall for what is believed to be the first time in centuries on 6 December 2015, after heavy rainfall from Storm Desmond.

This photograph was taken down in the valley, I had to give at least one image the full moody Lightroom treatment ..

A really enjoyable walk that I would recommend to anyone who is reasonably fit and doesn’t mind heights and a little up and down hills and over rocks.

Three of yesterdays Malham pictures are now for sale in the shop as digital downloads. Any help & support would be greatly appreciated and go towards my monthly web hosting bill.

I am a landscape/seascape photographer from Pontefract, West Yorkshire, England. I have a real passion for photographing the Yorkshire Coast and further afield as and when I have the chance. The beach is my special place...
Posts by Tim

My name is Tim Hill and I am a Seascape/Landscape photographer from Pontefract, West Yorkshire, UK. The beach is my special place...
Contact Me 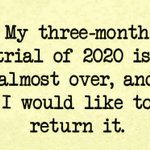 plenty of time on twitter, work not allowed for the foreseeable due to the asthma medication I take, I guess that means I have no excuse for not cleaning the inside windows 🙄 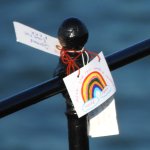 10:24am and not one person on the Whitby Yacht Club Webcam, spooky! #lockdownuk 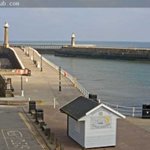